Going for a song: Should you buy a music royalties trust?

Hannah Smith explores how investors could make money from the creativity of music artists. 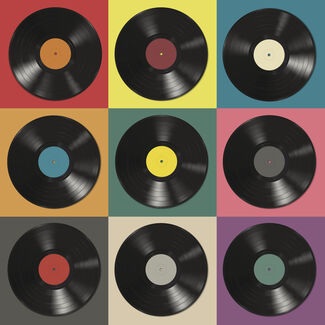 More artists are selling their song catalogues as coronavirus reduces their income from touring.

The songwriter responsible for some of Fleetwood Mac’s biggest hits has just sold some of her back catalogue to a music royalties investment trust. Christine McVie sold her share of song rights to the Hipgnosis Songs investment trust, while Foreigner’s Dennis Elliott recently sold his copyright to the Round Hill Music trust.

McVie’s share of the royalties from her song catalogue totalled $1.7m in 2020, according to Hipgnosis, with five big hits including ‘Don’t Stop’ and ‘Everywhere’ accounting for 81% of total revenues.

These investment trusts offer investors a mix of capital growth and income by buying up music artists’ catalogues for a one-off lump sum and then benefiting from any royalties that music makes in future. Even when performers or songwriters sell their own share of song copyright, other parties such as the record label will usually also have a stake in the royalties which they may retain.

This generates income for investors, with these trusts offering around a 4% dividend yield. The capital growth element comes from music catalogues increasing in value over time.

For investors hoping to make money from the creativity of music artists, there are two investment trusts to choose from in the AIC’s Royalties sector. The larger and older is Hipgnosis Songs, with a market cap of £1.5bn, while newcomer Round Hill Music Royalty is $356m in size. There is also a smaller C-share version of the trust.

What’s the difference between them? Round Hill has focused on songs older than 10 years – most recently acquiring song rights from Tim Palmer, producer and songwriter for Pearl Jam and Ozzy Osbourne.

Hipgnosis, meanwhile, has a lot of its portfolio in newer music. Manager Merck Mercuriadis is buying those songs he thinks will have long-lasting cultural importance, says Sachin Saggar, investment trust analyst at Stifel. Catalogues under six years of age tend to see their revenues fall over time, he explains, although a positive is that the duration of copyright will be longer. Music copyright typically last for the life of the artist plus 70 years.

The two trusts also focus on different genres and types of rights, notes Ben Newell, analyst at Investec. Round Hill has a lot of country music and rock, while Hipgnosis owns more pop. “Round Hill also has greater exposure to recorded music, where you own the recording of the song rather than the lyrics and melody. What that really means is that you get more exposure to streaming,” Newell adds.

In July the House of Commons’ Digital, Culture, Media and Sport Select Committee released a report into the economics of music streaming. It concluded that “music streaming needs a complete reset” and recommended that the government explores ways to give artists a fairer share of earnings.

Music streaming in the UK brings in more than £1bn in revenue, but artists can be paid as little as 13% of the income generated, the report found. Analysts Numis said such an overhaul could offer a boost to revenues for songwriters, although it is still too early to know how, when or even if change will happen, so it’s unlikely to be a game-changer for investors, especially in the relatively small UK market.

But even if the reset never happens, there are other reasons to hold royalties trusts: Newell highlights the appeal of predictable cashflows and society’s changing view of music as a utility rather than a luxury. As well as expected growth in streaming in both emerging and developed markets, there are also new licensing opportunities from platforms such as Peloton, TikTok and Triller, and new formats such as NFTs and Roblox.

There are some concerns on the sector, though. Stifel recently downgraded its rating on Hipgnosis from neutral to negative, pointing to “a number of new data points…which are making us increasingly cautious”. Its main concerns include the possibility of lower revenues from royalties beyond 2021, as well as the trust’s “uncomfortably low” cash reserves in April this year.

“These factors suggest the fund is being managed aggressively and that deal activity is running ahead of Hipgnosis’s ability to finance them,” Stifel said in a September research note. Saggar suggests that Round Hill Music could offer exposure to the same themes but without the same level of risk.

Both trusts have tended to trade around NAV, notes Newell. The first NAV Round Hill published in June recorded a 3% increase, while Hipgnosis released a strong set of results in July.

“We like the sector and think these companies provide good opportunities for dividends and capital growth,” says Newell. “It is quite niche, but has an important role to play in diversifying income streams and portfolio returns given its low correlation to equity markets.”

14 September 2021
The award recognises the work of investment platforms to encourage shareholder engagement with investment companies.