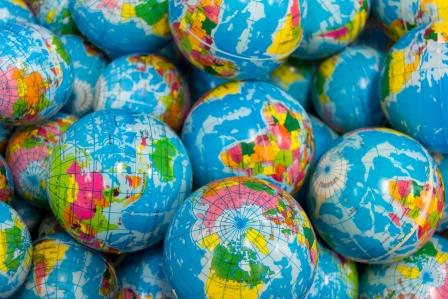 Global stock markets suffered a shocking start to October. The FTSE 100 index of Britain’s biggest shares fell by 3.2% in one day - its worst session since January 2016 - while America’s Dow Jones Industrial index retreated by 1.9%.

The immediate causes were poor manufacturing figures and a World Trade Organisation ruling that allows America to impose higher tariffs on European Union exports. This came in addition to an ongoing trade war between both global superpowers - America and China - plus, closer to home, continued uncertainty about Britain’s proposed exit from the EU. No wonder some pessimists gloomily recalled that the month of October saw the start of the Wall Street Crash in 1929. More recently, this month was also when Black Monday wiped 10% off the Footsie in a single day in 1987.

Now here’s the funny thing; despite recent setbacks, most medium to long-term investment company shareholders remain in profit. According to independent statisticians Morningstar, over the last five years the average total return from all conventional investment companies - excluding venture capital trusts (VCTs) - is 62%. Over the last decade, the average return was 192%.

Moving from the macro to the micro, or from economic statistics to personal experience, my first new investment company holding this year also remains modestly in profit. I bought shares in Ecofin Global Utilities & Infrastructure Trust at 152p toward the end of September. Despite all the drama elsewhere since then, these shares are trading at 160p and yielding over 4% at the time of writing. Nearly a quarter of this companies’ assets are invested in renewable energy but last month its shares were trading at a 12% discount to net asset value (NAV) when the average company in the renewable energy infrastructure sector was trading at a premium of 14% to NAV. That made Ecofin Global Utilities look like a bargain to me and, in the very short term, Mr Market seems to agree.

More importantly, I intend to adhere to my long-established strategy of holding a wide variety of investment companies, giving global exposure to many different companies, countries and currencies. This should enable me to benefit from income and capital growth opportunities, wherever they arise.

Meanwhile, as part of a balanced portfolio, two of my most valuable holdings - Baillie Gifford Shin Nippon and Polar Capital Technology - yield nothing at all but have generated substantial capital gains from, respectively, Japanese smaller companies and largely American new technology.

Worldwide Healthcare Trust, the third investment company in my top 10 holdings by value, also has a modest yield of just over 1% but boasts an impressive record of capital growth. As the global population gets older and wealthier, I expect more people to be willing and able to spend more on better healthcare

While the future remains uncertain, investing internationally is the simplest and surest way to diminish the risks inherent in stock markets by diversification. Investment companies provide a convenient and cost-effective way to do so, while also gaining from professional fund management, often in sectors where I know little or markets on the other side of the world.

In the short-term, stock market shocks may sometimes make it difficult to sleep at night. But, over the medium term of five years or more, shares have usually delivered higher returns than deposits or bonds and I expect that trend to be repeated in future.

Better still, because the first step toward making a profit can be to buy low, the best times to buy shares are often when we least feel like doing so. When confidence is depressed, so are prices. So this long-term investor intends to continue buying on the dips.