From Europe with love 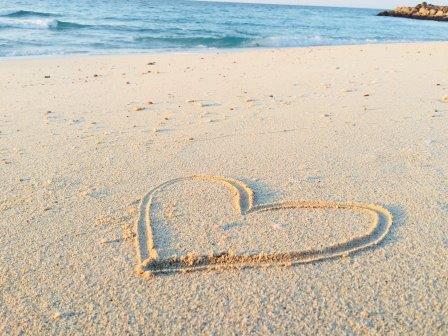 Whether or not Britain should leave the European Union and whatever happens with Brexit, individual investors should still consider some exposure to the biggest economic trading area in the world. Deal or no deal, income and growth opportunities do not end at Dover.

One of the main reasons for forming the first investment company more than 150 years ago was to bring overseas markets within the reach of shareholders of all sizes. That role - along with professional stock selection - remains an important attraction of these pooled funds today.

While the Association of Investment Companies’ (AIC) Europe sector lags behind the average for all conventional investment companies over the last year - delivering a share price total return of less than 4% compared to more than 9% - this may create value for medium to long-term contrarian investors who like to buy when others sell. Sometimes the first step toward making a profit is to buy low.

One way of trying to assess whether a stock market is cheap or expensive is to express share prices as a multiple of earnings per share. This price/earnings ratio can be further refined to take account of long-term trends in what is known as the cyclically-adjusted price/earnings ratio or CAPE.

On that basis, according to the German fund manager Star Capital, European equities or shares have an average CAPE of just over 19 compared to a global multiple of 24 and an American average of nearly 31. So Europe may be unloved and underpriced.

More positively, some companies have done much better than the industry averages for capital gains or income. For example, Jupiter European Opportunities (JEO) has delivered total share price returns of 93% over the last five years and 584% over the last decade, according to independent statisticians Morningstar. The comparable averages for all conventional investment companies are 86% and 317%.

However, investors for whom income is a priority may be dissatisfied with JEO’s current yield - or dividends expressed as a percentage of share price - which is 0.8%. By contrast, Fidelity European Values (FEV) yields a sector average-beating 2.6% and JPMorgan European Income (JETI) yields 4.2%.

Income-seekers who are willing to venture into the European Smaller Companies sector - where businesses may be less diversified and more risky than larger rivals - can obtain a yield of 5.7% from European Assets (EAT). Full disclosure: I was an EAT shareholder for several years.

Unfortunately, dividends may be cancelled or cut without notice. When the latter happened at EAT, I sold up.

Shareholders should beware that the price of a higher income today may be lower total returns tomorrow. While past performance is not necessarily a guide to the future, none of the high-yielding companies mentioned above can match JEO’s medium to long-term total returns.

Another consideration for investors who have direct exposure to trading companies as well as pooled funds is potential duplication. For example, my most valuable shareholding at present is Adidas, the German sports goods-maker. I also have substantial exposure to Nestle, the Switzerland-based foods giant; and Daimler, the maker of Mercedes cars.

JEO’s top 10 shareholdings include Adidas, while FEV has Nestle and JETI has Daimler. That’s partly why my current exposure to continental investment companies is obtained through Aberdeen Standard Life European Logistics Income (ASLI).

This company aims to provide income and capital gains from the growth of e-commerce by investing in warehouses and other logistics necessary to deliver goods bought online in continental Europe. Put another way, it hopes to profit as more of us spend more on the internet.

I invested at the initial public offering (IPO) of ASLI in December, 2017. While the share price has slipped 5% lower during the last year, each of the quarterly dividends paid by ASLI has been higher than the last and - if the most recent distribution is sustained - the annual yield would exceed 5%.

So I intend to remain a medium to long-term investor in ASLI and may obtain additional exposure to Europe via other investment companies focussed on this continent. While the political outcome of Brexit remains uncertain, seeking exposure to income, growth or a mixture of both from investment companies in Europe could prove to be one of the easiest deals in human history.

Why caution pays dividends in Europe

13 January 2020
Sam Morse, Portfolio Manager of Fidelity European Values, gives his outlook for the region in 2020.