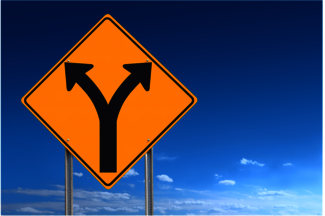 Will he or won’t he? For years, successive Chancellors have had their eyes on tax relief on private pension contributions and the £20bn plus that it costs the Treasury annually. Rishi Sunak is no different – and while his predecessors have not dared incur the wrath of savers, the current Chancellor might feel he can get away with making changes in the name of prudence following the ruinous expense of Covid-19.

Rumours are already flying around Westminster, particularly since there is an obvious way for Mr Sunak to sell a raid on pension tax relief. The current system, after all, favours the wealthy, since you get tax relief on your pension contributions at your highest marginal rate of tax. The effect is that it costs higher-rate and additional rate income tax only £6,000 and £5,500 respectively to make £10,000 of pension contributions, against £8,000 for a basic-rate taxpayer.

The Chancellor’s best chance of a reform that sells could, therefore, be to switch to a flat rate of pensions tax relief. Set it at 25%, say, and the relief actually becomes more generous to basic rate taxpayers; analysis shows such a move would also raise around £6bn for the Treasury.

How, though, would that affect your savings choices? Well, if you’re a basic-rate taxpayer, this makes saving in a pension more attractive, relative to other types of tax-efficient saving. When you cash in your pension, you’ll pay tax on your income, but if you’re still a basic-rate taxpayer at that stage, this will cost you 20%, even though you got 25% tax relief on your contributions.

For higher- and additional-rate taxpayers, however, the calculation flips the other way. You would be looking forward to a retirement during which you pay income tax at a much higher rate than when you paid in; effectively, some of your money is being taxed twice over.

All of which means that many higher- and additional-rate taxpayers could soon be looking for other tax-efficient ways to save for the future.

Individual savings accounts (ISAs) are one obvious opportunity. You can put £20,000 into an ISA each year, with no tax to pay on income or capital gains on any investments inside the shelter. In a flat-rate world, savers opting for ISAs rather than pensions would miss out on 25% upfront tax relief, but those who are still higher- or additional-rate taxpayers in retirement would be saving 40% and 45% on their tax bills. That looks like a good bet.

Venture capital trusts could be another popular option in this scenario. These investment companies invest in portfolios of early-stage companies – small and young businesses – which are considered more risky. But investors get very generous tax reliefs, particularly on new VCT shares. You get 30% upfront tax relief on an annual investment of up to £200,000, plus future income and capital gains are tax-free.

The bottom line is that you should never make savings and investment decisions purely on the basis of tax. When you’re thinking about pensions and ISAs, for example, it is crucial to think about the investments you’ll hold inside these shelters, as well as their relative tax advantages. Investment companies are possible holdings in both these tax-efficient vehicles, so they could be a good option. Equally, with VCTs, make sure you’re comfortable with the risk profile of the funds you consider.

For now, of course, all of this is speculation – and the Chancellor may decide to sit on his hands. But even if he does, investment company ISAs and VCTs are still worth considering alongside pensions; it doesn’t have to be an either/or.

27 September 2021
Allocating funds to productive finance will require a balancing of the risks involved against expected returns says Richard Stone.

The best financial gifts for Christmas

Sell in May and go away?

6 September 2019
David Prosser examines market volatility in August and how regular investment through investment companies can benefit in the long run.

Why an investment company could be your perfect pension

15 May 2018
David Prosser discusses how investment companies can provide useful benefits for savers in retirement.