David Prosser looks at the trend of lower discounts in the investment companies sector and the factors driving it. 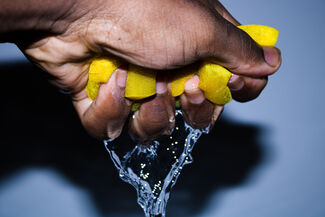 Will 2021 prove to have been the year in which the investment company discount disappeared? That question is prompted by the latest statistics from the AIC, which show the average investment company’s shares ended the year on a discount to the value of the underlying assets of around 0.3%. Some 12 months previously, the figure was around 4.4% - and in March 2020, as markets crashed in the face of the Covid-19 crisis, average discounts hit 11.3%.

In recent years, discounts have been squeezed lower and lower, certainly compared to the longer-term history of the investment companies sector. Between 1995 and 2005, average discounts rarely dropped below 10%; since then, they have only slipped into double figures during periods of market turmoil, such as the global financial crisis of 2008-09 and the emergence of the pandemic.

Several factors have driven this trend. One important driver has certainly been the industry’s own efforts to tackle the very wide discounts that investors and advisers so dislike. Investment company boards now routinely buy back shares in order to drive discounts down; many have policies that require the fund to take action in the event that the discount hits a certain threshold.

More broadly though, lower discounts also reflect the increased demand we have seen for investment companies over the past decade. In turn, that reflects the strong performance of so many funds relative to the returns delivered by comparable open-ended vehicles, as well as new charging structures for financial advisers that have encouraged them to consider investment companies anew.

All of which brings us back to that first question – have we now seen the back of investment company discounts?

Well, the short answer is almost certainly no. Loss of confidence in risk assets – either because of another shock to the system, or a sustained bear market – would naturally see discounts creep back up again. Markets tend to overreact, in good times and bad. Investment companies can’t escape the effects of volatility on their prices.

However, it is not unreasonable to argue that we are now in a time when what you might call structural deficits have been eradicated. Changes in market sentiment aside, the efforts of investment company boards, and the re-emergence of the sector for investors and advisers, are hugely powerful. There is now no inherent reason for an investment company’s shares to trade at a meaningful discount.

Indeed, premiums in the sector are now routine. That’s particularly true in parts of the industry seen as lucrative sources of income – from equity income funds to infrastructure specialists. Here, the value of that income – and expectations of more to come – is driving funds’ shares well above their present asset value. And even in more capital-focused areas of the industry, premiums are increasingly common.

This may even come to be a problem. Investors and advisers feel uncomfortable with funds whose shares consistently fail to reflect the full value of the underlying assets, but they don’t particularly like overpaying for funds’ portfolios either, or risking the impact of a correction.

Still, the idea that investment company premiums may be a more significant preoccupation for investors and advisers than discounts would have been remarkable in previous times. It is a reflection of how far the sector has come in tackling discounts and building demand.

4 May 2022
Faith Glasgow looks for bargains among mainstream investment companies.