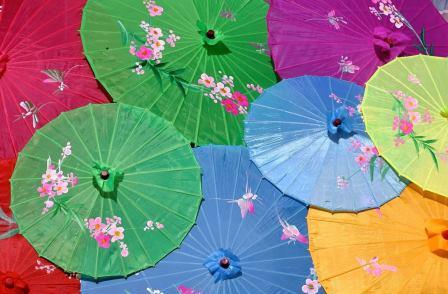 Will the coronavirus mean the world economy - and Asia in particular - catches a cold? History includes an alphabet of health scares from avian influenza, or bird flu, right through to the Zika virus via severe acute respiratory syndrome (SARS), swine flu and many others.

Without in any way wishing to diminish the human tragedy of those directly affected, history also relates how medical advances helped humanity cope. The viruses H5N1, or avian influenza, and H1N1, or swine flu, which the World Health Organisation defined as “pandemic” more than a decade ago, were horrific for those involved but economic activity eventually returned to business as usual.

So it may pay investors to look beyond the headlines and consider the bigger picture. Six in ten human beings live in Asia, which is also home to half the world’s middle class, according to United Nations (UN) data.

The International Monetary Fund estimates that Asia now generates nearly 47% of global economic output. The UN reckons that 21 of the world’s 30 biggest cities are in Asia. No wonder Narendra Modi, the prime minister of India, declared: “Asia has become the main growth engine of the world. We are now living through the Asian Century”. To put that growth in perspective, this continent accounted for less than 20% of global gross domestic product (GDP) in 1950. Japan and South Korea initially led the way but China - the world’s most populous nation, accounting for nearly a fifth of humanity - has overtaken them both.

It’s more than 30 years since the communist leader Deng Xiaoping began to move his country away from Maoist Marxism toward “socialism with Chinese characteristics”, sparking explosive economic progress. That created tensions with America, the world’s biggest economy, but these have recently eased with both nations signing preliminary trade agreements.

Coming down from the clouds, how have all these global trends affected this individual investor? I am jolly glad I bought shares in what was then Fleming Indian Investment Trust at 63p each in June, 1996. They now trade as JPMorgan Indian (stock market ticker: JII) and, despite ongoing coronavirus fears, trade at 730p.
An investor never forgets his or her first ten-bagger. However, I actually made more money out of Baillie Gifford Shin Nippon (BGS) because I began this holding just over a decade ago, when I was investing larger sums than when I was younger.

This Japanese Smaller Companies investment company delivered eye-stretching total returns of 657% over the last decade, according to independent statisticians Morningstar, and 172% over the last five years but made modest gains of 2.3% in 2019. So, instead of topping up BGS, which remains one of my top 10 most valuable holdings, I recently bought some shares in JPMorgan Japan Smaller Companies (JPS).

Unlike BGS and JII, neither of which pays any income, JPS delivers a dividend yield of 4.3%, partly funded from capital reserves. That enhanced dividend policy helped JPS generate a total return of 29% last year.

This investor, who intends to fund retirement through income drawdown and pensions freedom, is also happy to be a long-term holder of Henderson Far East Income. HFEL delivers an inflation-busting dividend yield of 6.4% that has grown by an average of 4.2% per annum over the last five years.

Despite these facts, it’s notable that FCSS shares remain priced about 10% below their net asset value (NAV); and the same is true at JII. Reasons to be fearful about Asia are obvious but double-digit discounts might provide long-term investors with reasons to be cheerful. History rarely repeats itself but it often rhymes.