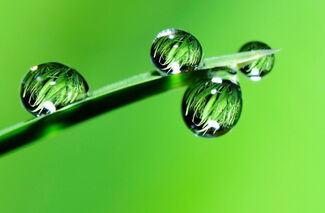 Green commitments by global leaders to cut pollution and encourage renewable energy could enable investors to clean up and do well by doing good. Like many others who must breathe the air in metropolitan areas, this non-driver sincerely hopes so – but also knows from personal experience how risky green investments can be.

Last month’s Leaders Summit on Climate saw American president Joe Biden fulfil his pledge to bring the world’s biggest economy back into the United Nations (UN) Paris Agreement of 2015, a legally-binding treaty in which 195 other countries agreed to reduce global warming. The summit in April was convened virtually, because of the coronavirus crisis, but its effects could prove real.

Biden noted the “opportunity that addressing climate change provides” to create “millions of good-paying jobs around the world”. He added: “We must ensure that workers who have thrived in yesterday’s and today’s industries have as bright a tomorrow in the new industries.”

China’s leader, Xi Jinping, and Russia’s president, Vladimir Putin, have also expressed concern about carbon emissions and varying views on solar and wind power, to replace fossil fuels such as coal and oil. Coming down from the clouds, investment companies offer individual shareholders the opportunity to make our money matter by investing in cleaner energy.

There are no fewer than 17 different options in the AIC Renewable Energy Infrastructure sector. This has proved one of the most popular investment themes recently. That helped lift constituent companies’ share prices to trade at an average premium of 8.6% to their net asset value after delivering total returns of 5% over the last year, according to independent statisticians Morningstar.

However, performance varies widely. For example, Gresham House Energy Storage (stock market ticker: GRID) delivered total returns of 22% over the last year. NextEnergy Solar (NESF) and Foresight Solar (FSFL) fared less well with a loss of 1% and 0.4% respectively. On a brighter note, NESF and FSFL delivered 34% and 32% positive returns over the last five years, while GRID was only launched in November 2018.

Meanwhile, Ecofin Global Utilities and Infrastructure (EGL), Gore Street Energy Storage (GSF) and US Solar Fund (USF) provide me with exposure to this ecological and economic trend in three different ways. Better still, each enables me to diminish the risk inherent in markets by diversification – or spreading my money over dozens of different assets – with the added advantage of professional stock selection in areas where I scarcely understand the science.

EGL gives global access to solar and wind power, including its most valuable asset, the world's biggest renewable electricity generator, NextEra Energy, alongside more traditional forms of fuel. It has delivered total returns of 26% over the last year, including dividend income of 3.6%, and trades at a small premium of 0.4%.

GSF focusses on Britain and Eire where, with substantial equity backing from the latter's government, it operates industrial-scale batteries needed to smooth out inevitable fluctuations in solar and wind power. Bear in mind we will still want to keep warm when the sun don't shine and the wind won't blow. GSF delivered total returns of 14% over the last year and yields an electrifying 6.7% dividend income.

USF, as its name suggests, focusses on American solar farms and is most likely to benefit from the $1.9 trillion coronavirus relief bill passed by Congress in March and may gain further if Biden succeeds in getting his additional $2 trillion investment in infrastructure approved by the House of Representatives. Either way, USF has delivered total returns of 9% over the last year, including 5.4% dividend income.

Closer to home, Prime Minister Boris Johnson has talked about turning Britain into “the Saudi Arabia of wind”. That would be good for another of my shareholdings, Orsted (ORHE), formerly Danish Oil & Natural Gas (DONG) and now the world’s biggest operator of offshore wind farms. Sad to say, recent news about how the motion of the waves erodes underwater electricity cables has left these shares looking rather sea-sick. Now my modest stake is worth 9% less than I paid.

On a brighter note, ITM Power (ITM), a Sheffield-based hydrogen-maker that uses wind and solar electricity to split this ‘green gas’ out of water, has done better. I first invested a decade ago at 41p per share before selling at 56p in 2011. More recently, shares I bought for £1.25 in January 2020 currently trade at £5.19. Even so, individual companies remain riskier than diversified portfolios with professionally managed stock selection. So most of my investment in renewable energy is via investment companies.

Biden, Jinping, Johnson and Putin don’t agree about many things but all seem to be singing from the same book on climate change. Although some of the concepts are complex, I suspect we will hear more about them as we get closer to the UN Climate Change Conference, COP26, in Glasgow next November. Now is the time to notice which way the wind is blowing and invest for a cleaner, greener tomorrow.

12 January 2022
Investment companies should be held to the same standards as funds.

22 December 2021
David Prosser looks at the year ahead for ESG in terms of regulation, new investment company launches and ESG disclosures.