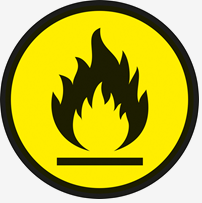 “What you might get back after costs in an unfavourable scenario – 13.37% per year.  Potential losses from future performance at a medium-low level.  Poor market conditions are unlikely to impact the ability for you to receive a positive return on your investment.”

If you read this somewhere, you might well wonder if it was some kind of financial scam.  As the FCA warns on its own ScamSmart website:

In fact, it is not a scam.  The text is lifted, pretty much word for word, from an actual Key Information Document (KID) of an AIC member.  The KID, in case you are not aware, is the three page document that, from the beginning of this year, every purchaser of investment company shares receives and is meant to help them make better investment decisions and appreciate the risks.

You may also wonder why the company allowed such a reckless document to be published.  The answer is it had no choice.  The KID layout, calculations and much of the accompanying wording is prescribed by EU regulation.  Depart from it, and regulatory action could be taken.  (You can’t find these documents, by the way, on the AIC website, as we think it would be irresponsible to provide them when we are not required to do so.)

And don’t think the AIC’s members are secretly happy that a regulated document is flattering them with generous projections and low risk ratings.  They are not.  In fact, I have never known a time when so many of the independent directors are up in arms about what investors are being told.  The AIC’s views are summed up in the title of the research we produced demonstrating the problems of KIDs, ‘Burn before reading’.

So how did we get into such a mess?  The answer lies in the fact that these projections of risk and return are based on what has happened over the past five years.  “Hang on!” I hear you cry.  “I have had to read and listen to the phrase “Past performance is not a guide to the future” ad nauseam in every financial advertisement for years.”  The problem is, no-one seems to have told European regulators, who have hard-wired this into the KID.

And things don’t get much better in market downturns.  The AIC synthesised what KIDs would have looked like after the 2008/9 crash.  Then, many would have been telling you that you would lose money in all future market conditions.  Had you taken this advice, you would have missed out on one of the strongest rallies we have seen in generations.  So KIDs are essentially telling you to buy when markets are high and to sell when they are low.  A pretty toxic combination.

Of course, more experienced investors will ignore them, recognising the nonsense this all is.  But KIDs were designed precisely with less experienced investors in mind.  And if people do get misled by these documents, and lose money as a result, it won’t be a mis-selling scandal (that implies that the person doing the selling has done something wrong, which they haven’t), so there won’t be any compensation.  It will be a regulatory scandal, one we have being warning about since 2010 when KIDs were first being developed (yes, you did read 2010 right).

So we are calling for fundamental reform of the regime before more harm is done.  Confidence in financial services is not great at the best of times, but if consumers cannot even trust the information that regulators demand is sent to them, where does that leave them?  Except perhaps, with some convenient firelighters for when the colder months set in.