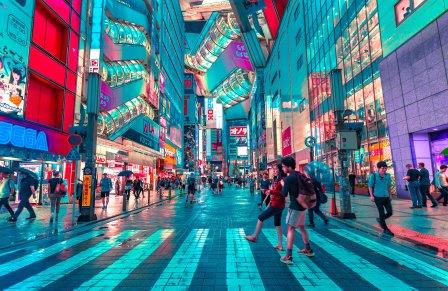 ​​​​​​​The Rugby World Cup in Japan this month may help investors tackle a problem of success. Trying to identify value or assets worth buying today has become increasingly difficult after the longest bull run on record in many developed markets, where share prices trade at or near all-time highs.

However, the media scrum that will kick off in Tokyo on September 20 should remind investors that share prices in Japan remain far below the peak they reached nearly three decades ago. While the past is not necessarily a guide to the future, buying low can sometimes be the first step toward making a profit.

One way to assess whether shares are cheap or expensive is to express their price as a multiple of corporate earnings to calculate a price/earnings ratio. This can be further refined by taking account of earlier ratios to give a cyclically adjusted P/E (CAPE).

On that basis, Japanese shares are more than 25% cheaper than American shares because the latter’s stock market is trading on a CAPE of about 30 while the former is nearer 22. The global average for developed markets is 25, according to analysis by Star Capital. Japan, the world’s third-largest economy after America and China, is heavily dependent on technology and trade. This has made it a major casualty of tit-for-tat tariff hikes in the trade war between both of the world’s biggest economies.

That is reflected in the fact that the average investment company excluding specialist exceptions, such as venture capital trusts, has delivered total returns of 3% over the last year but the average fund in the AIC's Japan sector shrunk by 5%. Meanwhile, the Japanese Smaller Companies sector fared even worse and fell by 11%.

However, short-term setbacks may offer an opportunity for medium to long-term investors to obtain value. Bear in mind that during the last five and 10-year periods, the average total return from all conventional investment companies was 73% and 289% respectively.

But the comparable returns over the same periods for Japan investment companies were 105% and 300%. Meanwhile, the Japanese Smaller Companies sector did even better and delivered total returns of 136% and 470%. Despite these facts, the average Japan company is priced at 7.7% below its net asset value (NAV) while Japanese Smaller Companies typically trade 11% below NAV, compared to an industry average discount of 4.3%.

Coming down from the clouds and moving from macroeconomics or sector averages to specific shares and their performance, Baillie Gifford Shin Nippon - a Japanese smaller companies investment company - has had a difficult year but remains one my most valuable shareholdings and a top-performer. While it fell by 15% over the last 12 months, it delivered sparkling total returns of 165% over the last five years and an eye-stretching 637% over the last decade. It trades at a modest discount of 2.8% to NAV.

Against all that, income-seekers may be disappointed that this company pays no dividends; nor is that unusual. The AIC Japan and Japanese Smaller Companies sectors state “not applicable” under the heading “dividend yield”.

However, there are notable exceptions. For example, in the former sector Schroder Japan Growth yields 2.1% and trades at a 13% discount to NAV. It has delivered dividend growth over the last five years at an annualised rate of 15%. If that rate of payouts progress is maintained over the next five years, it would more than double shareholders’ income.

Here and now, JPMorgan Japan Smaller Companies is another exceptional yielder in this country, delivering 4.3% dividend income and the shares can be bought at a discount of 11% to NAV.

Japan is unlikely to win the Rugby World Cup this year but the event may focus more people’s attention on the Land of the Rising Sun, including investors seeking income, capital growth or a mixture of both.

10 May 2022
Investment company managers on prospects for Japan.

1 February 2022
A wave of policy tightening and stringent regulation targeting sectors from property to technology rocked global investment sentiment towards China in 2021. After a challenging period for Chinese investors, Dale Nicholls, portfolio manager of Fidelity China Special Situations, outlines his reasons as to why he believes China might roar back in the year of the tiger.

The overlooked opportunity in Asian companies

5 January 2022
Nitin Bajaj, portfolio manager of Fidelity Asian Values PLC, discusses how market dynamics could evolve from here and what this means for regional investors over 2022.