David Prosser looks at new data from Link Group highlighting the ‘remarkable’ level of income paid by investment companies in 2020. 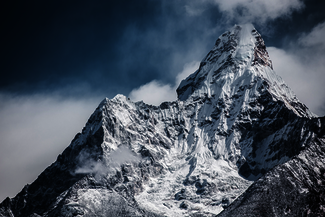 While investment companies have repeatedly won praise for the resilience of their income streams during the Covid-19 crisis, the full value of this strength is not widely understood. But new data from the Link Group shines a light on what the sector has delivered over the past 12 months, at a time when investors have badly needed some good news.

Investment companies paid out £1.88bn of dividends during 2020, Link Group’s data reveals. That was an increase of 4.2%, or around £87m, compared to 2019, taking pay-outs from the sector’s funds to an all-time high.

That would have been a decent year in any circumstances, but set against the market backdrop, the figures look remarkable. This was a year in which UK dividend payments fell by 38% and global dividends were down by a little over 12% as companies were hit by the economic impacts of the pandemic.

There is no magic trick here. Investment companies’ unique ability to hold back up to 15% of the income they receive each year in order to build up revenue reserves provides a safety net during difficult times. Those reserves stood at £2.2bn across the industry as a whole at the end of March 2020, enabling investment companies to pay higher dividends to investors despite seeing their own income fall sharply.

Reserves do not last forever, of course. Link Group estimates that by the end of last month, investment companies had spent £700m of their reserves in order to prop up dividends. That is almost a third of the safety net gone in the space of a year.

However, while that might sound alarming, this is what revenue reserves are designed for. The aim is to smooth out dividend volatility; the kind of volatility seen last year was extremely rare, but investment companies have been operating this way for decades.

Indeed, one of the most striking charts in Link Group’s report on a sector sets out the total pay-out from the sector in each year going back to the height of the financial crisis of 2008-9. It shows that investment companies managed to increase their payments in every single one of those years, whatever was going on in the broader economy and market.

There are no guarantees. If the global dividend collapse continues during 2021 and beyond, investment companies will begin to burn through their reserves and will need to reduce dividends accordingly. But the hope now is that the worst of the Covid-19 crisis is behind us; and the signs are that dividend payments globally have begun to stabilise, and even to improve. In time, investment companies may be able to begin rebuilding their reserves.

One irony of this tale is that for years, investment companies have been overlooked by some advisers and investors on the grounds that their performance is more volatile – that these funds are somehow a riskier proposition than their open-ended counterparts. In truth, that has always been a dubious argument, but when it comes to income – as opposed to capital performance – it is an outright falsehood.

We should not lose sight of how important these issues are. There are millions of savers who depend on their investment income to live – not least, the rapidly growing number of people invested in income drawdown plans through their pension schemes. Try telling them that investment company volatility is to be avoided after a year in which their income may have fallen by more than a third if they were invested in other types of fund.

Where to find comfort amid the income drought

10 July 2020
David Prosser looks at the income advantages of investment companies and suggests which could be best placed to help.

Investing for income with investment companies

How to weather the storm with investment companies

9 April 2020
David Prosser tells us why we should keep calm and carry on.