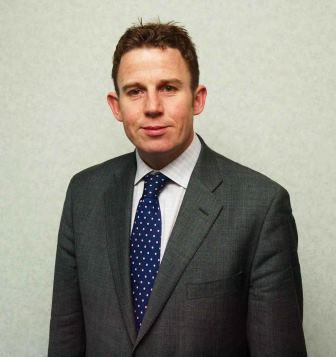 2013 is proving to be the year of the investment trust. Regulatory reforms launched in January gave independent financial advisers much more reason to recommend investment trusts, levelling the playing field with open-ended funds such as unit trusts, and interest in the sector has risen sharply.

It is not difficult to see why. A report published this week by analysts at Winterflood Investment Trusts concludes that “Over the 12 months to the end of August, investment trusts outperformed their open-ended equivalents in 11 out of 15 sub-sectors.” In other words, where investment trusts and open-ended funds have been investing in similar assets, investment trusts, on average, have produced better returns in more than two-thirds of cases.

This is no flash in the pan. Performance comparisons between the two fund sectors almost always favour investment trusts, whether you look at short or longer-term trading periods.

There are several explanations for this. The first is that investment trusts are typically less expensive than their open-ended counterparts. Traditionally, unit trusts have paid commissions to financial advisers recommending them to clients, whereas investment trusts have never been allowed to do so. The cost of these commissions has been a drag on open-ended funds’ performance.

Moreover, while such payments were outlawed at the beginning of the year – this is one reason investment trusts are now able to compete on a level playing field - the typical open-ended fund remains more expensive than the equivalent closed-end trust.

Another factor is gearing. Investment trusts are allowed to borrow money to invest on behalf of investors. When the value of their investments is rising, the effect is to boost performance. The opposite is true, of course, when markets are falling but, in the past at least, shares have tended to rise over longer-term periods, which gives a fund with the ability to take on gearing a natural advantage.

Other contributing factors include the structure and governance of investment trusts, and the overall effect of all these combined can be quite dramatic. Winterflood’s statistics show that in the last year alone, UK-invested investment trusts have outperformed their open-ended equivalents by more than 2 percentage point.

One thing that sometimes puts people off investment trusts is the fact their shares generally trade at a discount or premium to the value of their underlying assets. This is because investment trusts are closed-end funds – that is, they have a fixed number of shares in issue. The price of each of those shares depends on demand and supply amongst investors, which doesn’t usually perfectly reflect movements in the value of the underlying assets.

There are two points to make about this issue, however. First, it is more usual for most investment trusts to trade at a discount – this represents an opportunity to buy exposure to the underlying assets at less they they’re really worth. Second, closed-end fund discounts have been narrowing in recent times, thanks in part to actions taken by investment trust boards. “Discounts narrowed again in the third quarter of 2013,” reports Winterflood. “The sector average discount (excluding private equity, hedge funds and direct property funds) ended September at 5.2 per cent, compared with 6.9 per cent at the end of June.”

Discounts, in other words, should not be a deterrent to investors thinking about closed-end funds for the first time.

The right fund at the right time

None of which is to say that investment trusts should be the default choice for investors – any more than open-ended funds should. Just that it is important not to rule out the closed-end sector, as some advisers and investors have been too quick to do in the past. Doing so may mean missing out on the potential for higher returns.

Ultimately, investors want the fund that suits their circumstances best and has the highest chance of outperformance. There will be times when either an investment trust or an open-ended fund fits the bill. And more choice can’t be a bad thing.